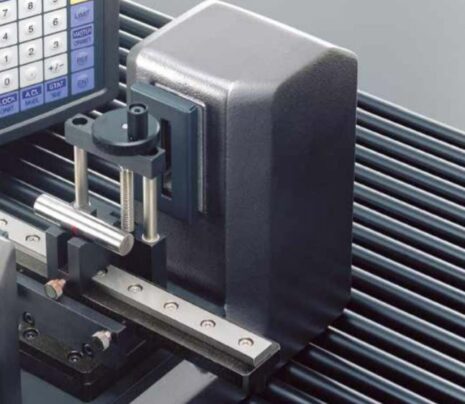 As the name suggests, electroless nickel plating does not rely on passing an electric current through a solution to form a deposit. Instead, the process depends on an auto-catalytic reaction to deposit a nickel coating on a substrate.

According to Al Alexander, plant manager at Tawas Plating Co., an important advantage of the electroless process is the relative ease with which it can be kept within tolerance. “Basically, the key chemistry parameters we need to monitor are solution concentration, temperature and time of workpiece immersion,” says Alexander.

“The bath will just sit there, happily doing nothing until the catalyst is introduced, and since the catalyst is actually the workpiece itself, in a sense, the process is self-regulating,” adds Alexander. “As a result, electroless nickel plating provides a more even, uniform coating than could be possible with electrolytic plating wherein variations in current, flux density and workpiece shape result in coating variability.”

Luckily for Tawas Plating, Alexander is a metrology enthusiast, not surprising considering his original training as a machinist and subsequent decades of experience in the tool and die and precision fabrication fields.

As a plant manager who always carries both a micrometer and vernier calipers in his pockets, Alexander is the one Tawas Plating depends on to lead its quality team in addressing the ever-tougher quality standards that automakers are imposing on their second- and third-tier suppliers. In Alexander’s view, tightened standards are a good thing for everyone.

“I’ve seen the automotive industry take a huge jump in quality since the introduction of QS-9000 in the mid 1990s-requiring uniform standards throughout the system-from third-tier suppliers right into final assembly at the automakers,” says Alexander. “Sure, it generated controversy, but in my opinion it also generated a ton of quality. It forced more efficient operation at every level, enabling both suppliers and the automakers themselves to focus on real problems and advancing the state of design and engineering, rather than having to always put out fires.”

Like other plating processes, electroless nickel plating grows deposit thickness over time. As the process progresses, plating measurements are taken regularly to determine when to pull the workpieces from the bath so as to fix the specified thickness. In Tawas’ process, sampling may occur as many as 14 times before a batch is to spec, so speed of measurement is a significant productivity factor.

Several years ago, Tawas decided to critically re-evaluate its plating thickness measurement methods because of its importance to overall process capability. There was room for improvement.

Tawas had been using two methods for determining coating thickness. They first used a magnetic system that functioned by gaging the amount of pull it took to free a magnet from the sample workpiece, translating that value into an estimated plating thickness. The greater the pull, introduced by turning a dial connected to the magnet via a spring-linkage, the closer together the magnet and the workpiece’s ferrous substrate were estimated to be, and thus the thinner the plating.

This technique had a number of drawbacks: it only provided a dimension for plating thickness on one side of the pin and results were heavily influenced by the operators, no two of which controlled the device in the same way. Some used their fingers to move the dial, others a thumb and one used the eraser end of a pencil. As a result, gage repeatability and reproducibility (R&R) was approximately 30%, significantly more than the targeted value of 10% to 20%. This measurement approach required about two to three minutes per sample.

The second plating thickness measuring method—a destructive technique—was used to verify the magnetic process. A cross section was cut from a sample plated pin. The section was then mounted, ground, polished and finally chemically etched for examination under a measuring microscope. This was time consuming, requiring about 20 minutes per sample. According to Alexander, the approach was also unreliable with respect to R&R. “Micro-sectioning samples could be subjective because each operator would see the image differently, thus locating the measuring reticule in different spots,” he says.

Alexander had long been aware of the high performance of laser scanning micrometers, both from professional journals and show demos. So when an important customer asked Tawas to guarantee plating tolerance, Alexander decided the time had come to incorporate a laser scanning micrometer into his quality control routine, selecting a Mitutoyo LSM-9506 from Mitutoyo America Corp. (Aurora, IL).

“I asked reps from three laser micrometer manufacturers to demo their machines and run an R&R in my office,” says Alexander. “Mitutoyo offered the best performing machine-software combination and their rep was the most knowledgeable and cooperative.”

Tawas has the LSM-9506 installed on the production floor, approximately 10 feet from the plating tanks. Sampling begins when a rubber-gloved hand pulls a specimen from the plating tank. The sample is loaded into a V-block fixture mounted on the laser micrometer’s base. A window in the fixture allows the beam to scan the workpiece, providing an OD measurement.

This value is compared to the OD of a raw unplated piece, which also is established by the LSM-9506. The plating thickness is half the difference. Because the raw pieces are made of couponed, precision, centerless ground 8620 steel, and because the LSM-9506 has a resolution of 0.000002 inch, this scheme provides an efficient, highly repeatable method for monitoring plating deposition and keeping it well within tolerance.

The increased measurement performance of the LSM-9506 has enabled significantly improved process capability. “We are plating to a tolerance of two-tenths, so a pin is going to have between four- and six-tenths of deposition,” says Alexander. “The closer I am to the middle of that value, the more capable my process. With both the magnetic gage and optical micro-sectioning, I was using up the entire tolerance band. Now, with the LSM-9506, I can easily pick from six programs, each pre-set with a high and low range, enabling me to plate several different thicknesses at the same time while never using more than half-a-tenth for the entire tolerance.

“Once you plug parameters into the LSM-9506, you just depend on the unit’s status indicator lights. If you’re within one-half of a tenth you get green for go, red if you’re out of tolerance,” he continues. “If the part reads green, we’ll pull the racks. If it reads red/minus, we’ll just keep the process running a little longer. It may take only an additional five to 10 minutes to gain the deposition we need. If the reading is red/plus, well, we try not to let that happen. And the whole setup is really fast, requiring only 8 seconds to measure a sample.”

According to Alexander, the Mitutoyo LSM-9506 laser scanning micrometer easily integrated into Tawas’ quality programs. “With our older methods of plating measurement, we had to enter readings into a PC on the floor, introducing a chance for error, especially when the operator was rushed,” says Alexander. “On the other hand, the LSM-9506 automatically records all measurement activity and provides easy access to the data via connectivity to our enterprisewide statistical process control and quality control systems.”